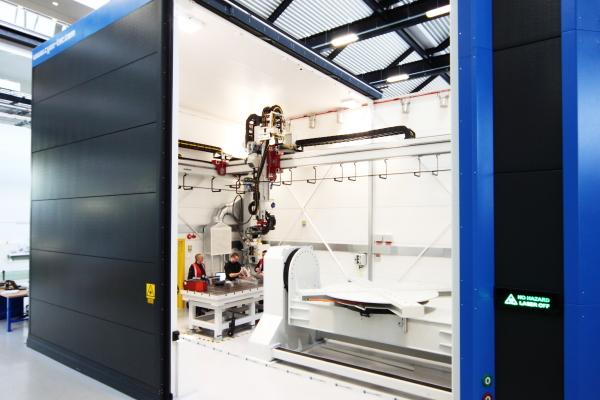 The centre’s power beam team have completed the first welding trials, following a four-month installation of the cell.

The cell is designed to produce high-quality deep penetration joins, from around 15mm in stainless steel, over lengths of a metre or more. It features a 16kW Trumpf disk laser, the most powerful of its kind in the UK.

The laser head is carried by a six-axis gantry over a two-axis manipulator table which can carry components up to 15 tonnes, all contained in a safety enclosure measuring 10 by seven metres and eight metres height. The cell has been designed and built by Loughborough-based Cyan Tec Systems, a specialist in integrating robotic and laser systems for industrial applications. 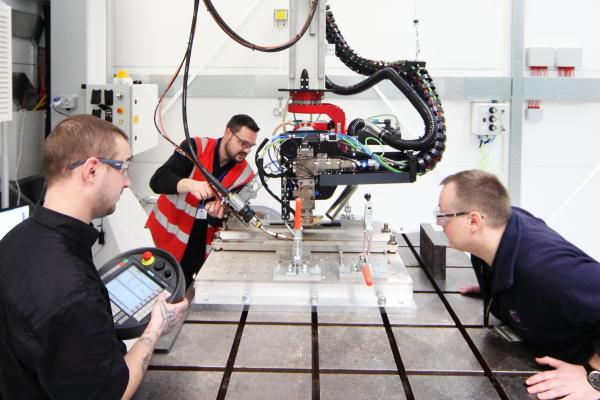 The Nuclear AMRC team will initially use the cell to investigate the viability of using the laser to weld seams on large intermediate-level waste containers for the nuclear decommissioning sector.

Laser welding promises to significantly reduce manufacturing times and costs while maintaining a high quality of weld seams. Thanks to a strictly localised high-energy input and high travel speeds of 10 metres per minute or more, the laser produces a much lower heat input than most other welding technologies, significantly reducing thermal stress and distortion.

The cell can deliver a simultaneous MIG weld for hybrid welding, which can offer a better fit-up tolerance than laser alone with less heat distortion than arc alone. The technique is used in the shipbuilding industry to join steel plates.

With further development, the cell could also be used to investigate laser cutting techniques for decommissioning.

The team now want to talk to manufacturers who are interested in developing laser welding processes for their own production, or who want to investigate innovative applications of the technology.

UK supply chain pumps up for the SMR market